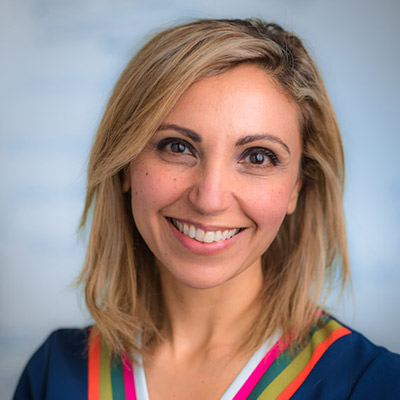 My research focuses on understanding mechanisms of tumor progression from early precursor conditions such as monoclonal gammopathy of undetermined significance (MGUS) and smoldering myeloma (SMM) to symptomatic Multiple Myeloma (MM). I specifically focus on the role of the malignant bone marrow niche in the regulation of disease progression. Although many patients are diagnosed with earlier phases of disease, most patients do not receive treatment until they have overt end-organ damage. By waiting for, in effect, measurable metastatic disease, it is therefore not surprising that a cure is not achieved for patients with MM.

The biological factors that drive progression in MGUS/SMM are not well known. The fact that not all patients with MGUS/SMM eventually develop MM also suggests that further malignant transformation and clonal evolution could be dependent on the surrounding microenvironmental cells that are either permissive or inhibitory for further clonal expansion. Indeed, recent studies have shown that tumors are more than insular masses of proliferating cancer cells, but are complex ecosystems defined by spatiotemporal interactions between malignant, stromal and immune cells.

My lab has focuses on understating the role of the tumor microenvironment in regulating cell dissemination in MM. Using single cell RNA sequencing from bone marrow samples of patients with MGUS, SMM and overt MM, we found that natural killer cell abundance and function is deranged in the precursor state. As early as smoldering MM, we show loss of memory cytotoxic T cells and show their critical role in MM immunosurveillance in mouse models. Finally, we reported Major Histocompatibility Complex (MHC) class II dysregulation in CD14+ monocytes, which results in T-cell suppression in vitro. These data represent a map of immune changes over the evolution of premalignant MM, which may yield prognostic biomarkers or therapeutic targets.

In addition, we initiated the Center for Prevention of Progression in Blood Cancers (CPOP) that
specifically focuses on prevention of progression in hematological precursor malignancies including MGUS, early MDS and early CLL. We believe that this is the first initiative by a cancer center to focus on hematologic pre-malignancy`. The first mission of the center was to develop a large database of patients with their clinical information along with their tissue samples from all over the US who are diagnosed with precursor conditions in blood cancers so that we can perform next generation sequencing studies. This ‘the precursor crowd trial’ (PCROWD) accrued over 3000 patients from which genomic studies are performed with collaboration at the Broad Institute.

We also developed the PROMISE study, a prospective study designed to screen 50,000 high-risk individuals between the ages of 40 and 75 with either a first-degree relative with a plasma cell dysplasia or who identify as being of African descent. The study is the largest effort in the US to date to define risks of developing MM including clinical, genomic, epigenetic, microenvironmental and characteristics in order to develop precision interception that delays or prevents progression to overt MM.